The Fields Exhibition and Project Space

Meanderings, inflections, and angry camels is an exhibition that involves three phases of the work of the visual artist Gustavo Chams—his three obsessions—fashion anthropocentrism, political activism, and repetition compulsion. The name of the exhibition is a direct reference to the Middle-Eastern philosopher Ashu Zarathushtra, founder of the Zoroastrianism, whose teachings influenced the modern notions of morality, and its related burdens our societies fall into. It also references Nietzsche’s Thus Spoke Zarathustra and his reflection over morality and the concept of eternal return.

Below is a description of the three bodies of work represented in this exhibit:

Brazilian Spring As a result of the 2016 Brazilian coup d’état, the government in place has led Brazil to a regression that hasn’t been seen in over 20 years. Brazilians are starting to remember what hunger felt like, what corruption does to an honest
living, and what oppression does to those that oppose the government—corruption, and social problems are affecting everyone. The national media seems to neglect these problems to benefit their own interest, and the independent media is targeted as communist.

To reverse this scenario, this campaign as created with the aim of bringing
international awareness to this Brazilian socio-political issue. The project started out as an ambitious small campaign and grew proudly, and currently enlists forty volunteers, been translated to 11 different languages, and is receiving international media attention. The concept behind this project is that every big social change in the world had its roots in new ideas that were spread through artistic expression and manifestos.

The name Brazilian Spring was derived from the Revolutions of 1848, known as
the Spring of Nations or the Peoples’ Spring when people of several European nations began a revolutionary process across Europe that led to a wave of freedom, and civil rights. In addition, this project also references the more recent Arab Spring while reminding audiences of the period of military dictatorship that Brazil underwent between 1964-85, as well as focusing attention on the recent parliamentary coup d’etat of 2016.

Pursuing the emotional abstraction of repetition, Pandemonium explores this concept as a way to connect, and indulge alternate states of mind. Among the concepts, Sigmund Freud’s idea of repetition compulsion was explored to define common characteristics in our society where unconsciously, we repeat the same actions over, and over again without the knowledge that it is being repeated. In a similar analysis, some first nation tribes in South America create repetition cycles and repetitive dances to break old patterns, creating a momentary mental obsession over repetition. This ancient technique results in a process of self-elevation through chaos. Going beyond the first layers, the series explores the fact that only by undressing the clothes of the sociocultural constructions that were built around us, can the human inner-self be understood.

Vilém Flusser characterizes the human history as a fight between writing (historical conscience) versus image (magic conscience). Flusser states that in the last centuries, Western society has been deconstructing the magic conscience in images, trying to imbue it with a more scientific, and materialistic aesthetic. My work, on the other hand, tries to bring magic conscience back to the world of photography, exploring the human figure, deconstructed, and raw as the centre of it. 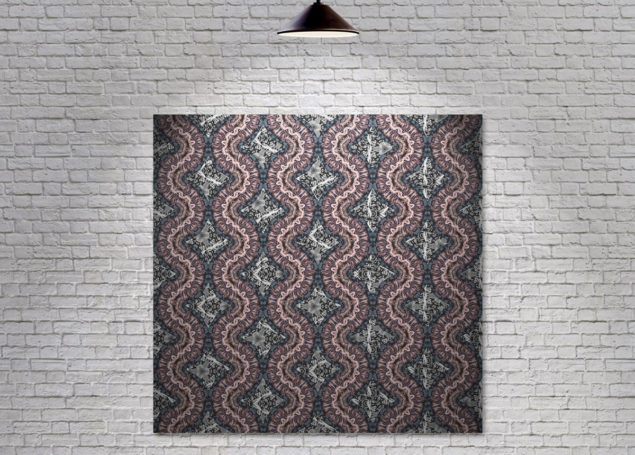